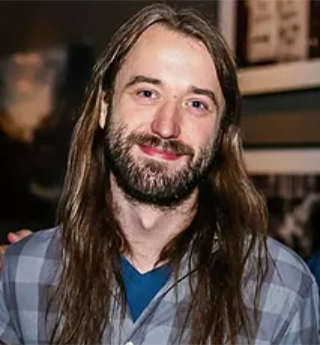 Trevor is a multi-­instrumentalist, composer, and musician who began studying music at age four. In his early youth, Trevor studied traditional Irish and Cape Breton music and dance, traveling around the East Coast, as well as parts of Canada and Ireland, performing with his family band. As Trevor’s musical interests broadened over the years, he began to learn different instruments and styles and began composing music on guitar and piano. Trevor is a graduate of St. Mary’s College of Maryland, where he found a niche for his music by forming original bands and performing/composing music for many theatre productions.

For several years after college, Trevor worked as the music director for the Maryland Institute College of Art’s Rivals of the West theatre company, both leading the bands for popular musicals such as Hair and Little Shop of Horrors, as well as composing original scores for many of the plays. Trevor now works as a full-time music educator both teaching independent private lessons as well as teaching regularly at music schools in and around Baltimore. Trevor is also a regularly performing musician in several professional/amateur theatre companies in Baltimore City as well as a member of several local bands.
View More Teachers
View More Teachers