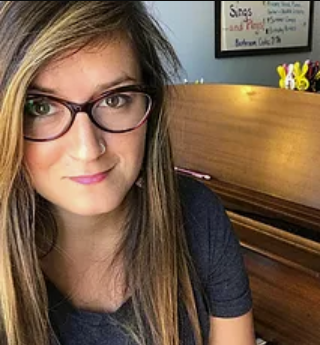 Sophia Hardesty (formerly Tobin) is the Founder and Owner of Naptown Sings and Plays! With an unwavering passion for music education, Sophia opened the Naptown Sings and Plays! studio in 2013 to offer a rich and exciting musical experience to local Annapolis youth. She holds two music degrees from The University of Maryland School of Music, College Park: a Bachelor of Music in Vocal Performance and a Bachelor of Music Education in K-12 Vocal/General Music. She also holds a Master of Music Education degree from Anderson University.

Sophia is a former Vocal/General Elementary School Teacher in Prince Georges County, MD. During her tenure, Sophia conducted award winning choirs, named for excellence in both technique and expression. She also collaborated with a 3-member team to rewrite the county’s elementary choral curriculum. In addition, Sophia has worked extensively in the music industry, including behind the scenes operations at DC rock shows, promotions for DC101 Radio and administration for The John F. Kennedy Center for the Performing Arts.

In her free time, Sophia loves exploring the outdoors with her two kids, August and Irene, scenic runs along the Chesapeake Bay, and meeting her rockstar husband on tour in various cities.

Sophia currently directs the Naptown Sings and Plays! SELECT and ELITE Glee Clubs, which perform all over the Annapolis area, including at events like Eastport A Rockin, The Chocolate Binge Festival, The Annapolis Grand Illumination Christmas Tree Lighting, and First Sundays. Additionally, Sophia teaches and holds the vision behind studio’s early music classes for babies and toddlers and preschoolers. She works persistently to create programs that foster music education from babyhood through the school years.

Sophia is grateful for the support of her amazing staff and the Annapolis community as her dream of offering full-service music education programs has become a very large reality.