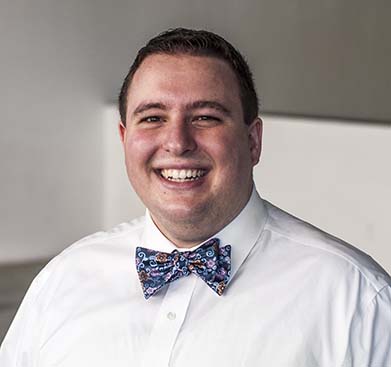 Richard Drehoff Jr. is a composer and pianist based in Baltimore, MD. His works have been performed across the United States and internationally by the Mivos Quartet, the ECCE Ensemble, and the New Mexico Contemporary Ensemble. Richard serves as the managing director and a pianist of earspace, a North Carolina-based ensemble dedicated to cultivating invigorating, site-specific performances of modern works.

As a pianist and accordionist, Richard regularly performs with ensembles and performers across the east coast, including most recently the Horse Lords, as part of a collaboration with Peabody Conservatory’s Now Hear This ensemble. Richard also founded and directed the Chapel Hill Contemporary Music Ensemble (2012-2016), which premiered over twenty new compositions during his tenure as conductor.