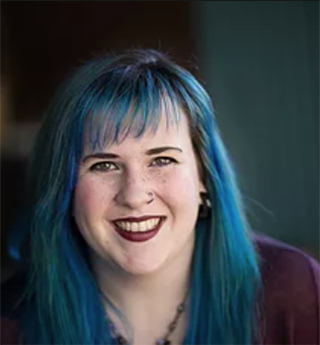 We like to call Meghan our rockstar musical theatre teacher. It’s not because she looks like a rockstar, with a different hair color every week and a fabulous makeup routine that screams “put me on stage”, no. She is just what we say she is, a rockstar at teaching musical theatre singing…and pop…and country…and rock…and all of the other contemporary genres. She’s a master of the healthy forward belt, and the results we see in her students, big and small, are mouth-droppingly awesome.