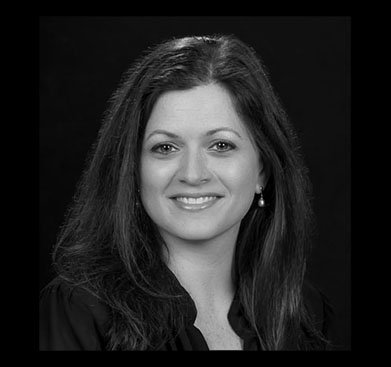 Jessica Deskin is thrilled to join Naptown Sings…and Plays! and to be a part of a passionate community of other teaching artists! A vocalist/pianist, with classical, jazz, contemporary and Estill voice training, singer/songwriter, seasoned performer in jazz/commercial styles, and musical director (Chess, A New Brain, Mamma Mia), Jessica is passionate about helping serious pre-teen, teen, young adult, and adult vocalists/musicians reach their next level as musicians, speakers, and performers.

She is extremely proud of her students, many of whom have won scholarships in vocal performance and music therapy, gone on to work for Universal, record and release their own albums, be accepted to the top music schools such as Berklee College of Music, win countless principal and supporting roles in musical theatre productions from local to the National Broadway stage. As a long-time member of NATS, her students have placed in the top of District AND Regional levels. Jessica is also passionate about empowering students to not only have their own creative vision, but then to make it come to life with their own independent effort, mentoring high school seniors who plan and produce their own solo performances, including a 1-hour solo recital, 1-hour cabaret, and coffee-shop Singers-in-the-Round show.

With over a decade of teaching and running her own School of Music in Bel Air, MD, Jessica brings a wide variety of skills and experience to the table, both from the musical and coaching side. She’s taught and managed multiple group classes, including High School A Cappella, Middle School Pop Choir, Flute Ensemble, Vocal Jazz Master Class (2 levels), Musical Theatre Rep Review, Children’s Choir, and more. Although she enjoys teaching all ages, her forte is in teaching the older beginner (middle school and up) in piano, and young adult (13 and older) to adult in voice. She specializes in contemporary vocal technique with a classical foundation, encouraging a well-rounded musical education that includes ear-training, theory, keyboard harmony, improvisation, and more, encouraging all students to become independent learners, leaders and creators.

Jessica graduated from Towson University with a Bachelor of Music degree in Vocal Jazz/Commercial Music Performance, continuing piano studies in college with Reynaldo Reyes. She’s been performing in the Baltimore/DC/VA area on and off for the past 20 years as a vocalist, multi-instrumentalist, from top 40 to jazz, classical to original music. After spending two years in Nashville studying the craft with Ralph Murphy (ASCAP) and networking, she moved back to her hometown in Harford County to start her own teaching studio, and released an EP of original music in 2015 (Jess Deskin: She Waits). Then, having run a successful School of Music for ten years, she felt the need to grow as a performer, artist and musician. Able to do so in Annapolis, with its energizing music scene and support for the Arts in general, she works full-time as Director of Operations for Jazz Wire (online jazz community for adults) and enjoys teaching part-time (with her whole heart!). Jessica also teaching Songwriting and Voice at Broadneck High School as a PVA Special Guest Artist, recently performed at 49 West in Annapolis, and occasionally performs as a featured artist at Unity by the Bay.

“What we play is life.” ~ Louis Armstrong